We’ve seen an issue where the command bar was not showing on the form a record was opened in new window. This was a custom entity and version of Dynamics 365 we used was 8.2.0.749. 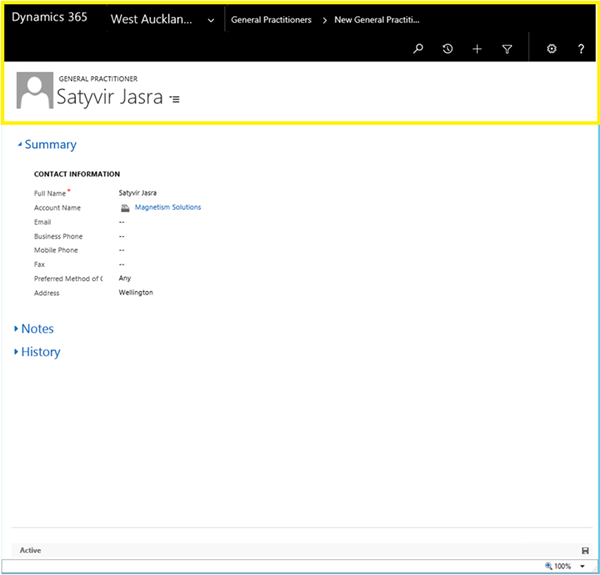 There are two workarounds to solve this issue.

In the navigation area displays the Area Name in which the entity is added to, the name of the entity and name of the record. It becomes too long for the form to do the rendering properly, which of course is a bug. But the workaround for this would be to make the names of the Entity and the Area smaller. I renamed General Practitioner entity to GP, and following screenshot shows what the UI looks like. 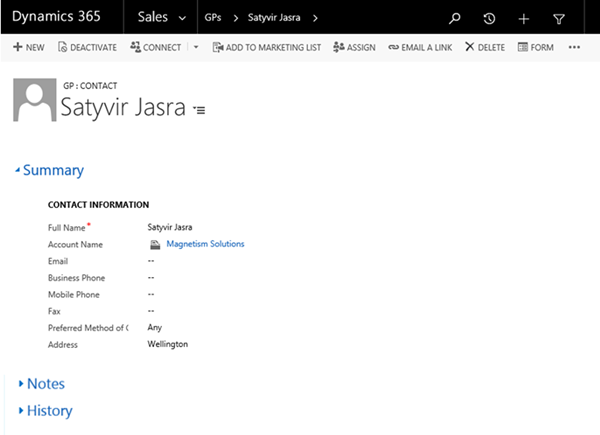 The following screenshot shows that command bar buttons reappeared by using either one of the above options .