How to Create App Modules Using App Designer in Dynamics 365

Microsoft Dynamics 365 comes with a new feature called App Designer. It allows us build our own task based applications by defining a subset of overall solution components to create an App Module. This enables the users to focus only on the components necessary to perform their tasks.

An App Module is consisted of six components; Site Map, Charts, Dashboards, Business Process Flows, Views and Forms. In this blog, I will walk through the steps necessary to create a simple App Module.

To keep things simple, I will be adding just one of six components to my App Module in Dynamics 365. My App Module will include a custom sitemap. To create a new App Module, go to your solution, click on “Apps” and then “New”. 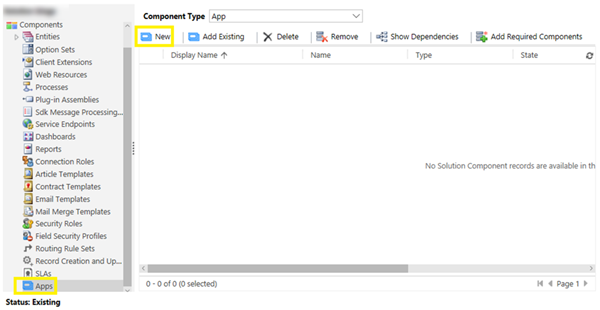 I wanted my App to be called “Sales App” and following were the details I entered. Notice how a URL is generated automatically as fields get filled in. This URL is unique, and using this we can access our App Module directly. 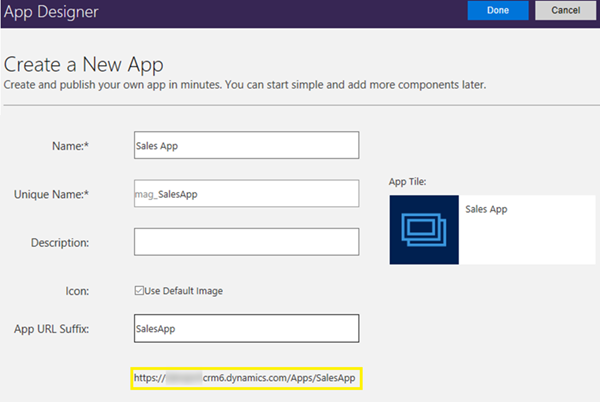 In the App Designer, a custom sitemap is automatically generated, and it is ready to be modified. To do so, all I need to do is click on the white arrow, and a site map editor window will open.

In the site map editor, I added some components to create a basic site map. Once I finished making the changes, I saved and published it. I did the same in App Designer. 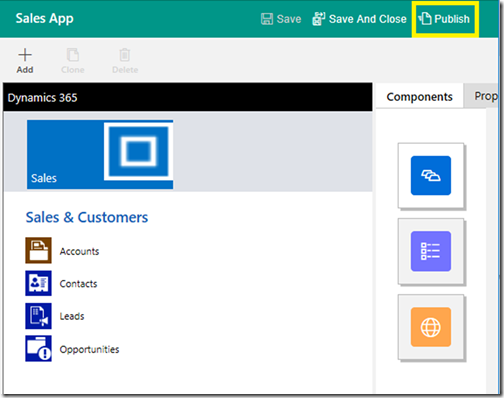 Let’s see newly created App Module in action. I went to Dynamics 365 home page, click on down arrow next to the logo and “Sales App” was available in the list of apps. 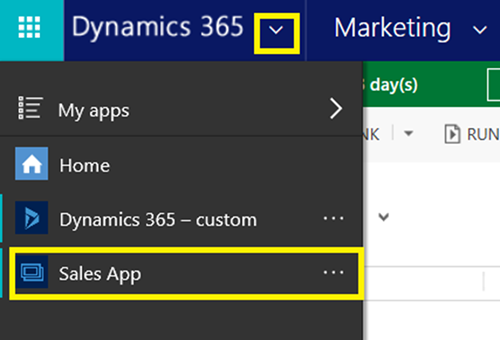 Selecting “Sales App” to my custom App and had the site map which I created recently. 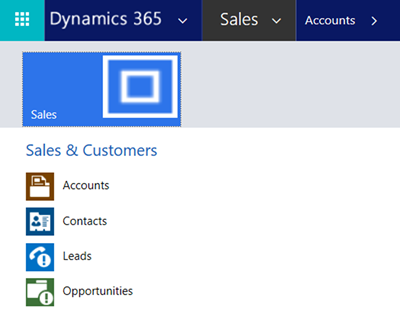 In this blog, I touched only a few things that we could do with App designer in Dynamics 365. In addition to the adding components, we can also assign security roles to an App Module. However, this doesn’t not compromise the security model of what users can do.
Users are can also access the App Modules from “home.dynamics.com”, from Settings, and of course using the URL too.