Fields not Appearing for OOTB Merge Button in Dynamics 365

When selecting the Merge button, the window will be displayed with fields from both records that you are able to merge into one record. 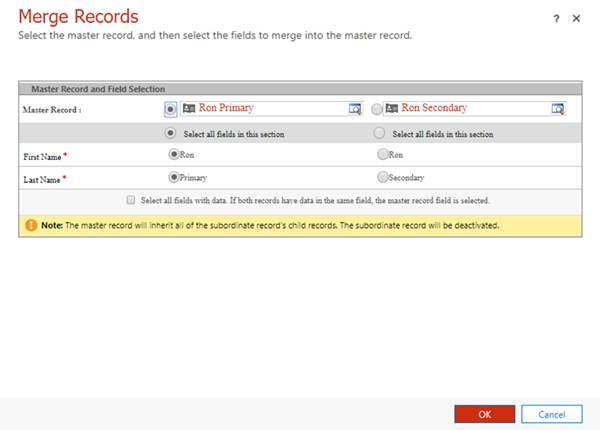 When you look at the form currently being used for merging, you can see that only two of the four fields are being shown in the merge window. 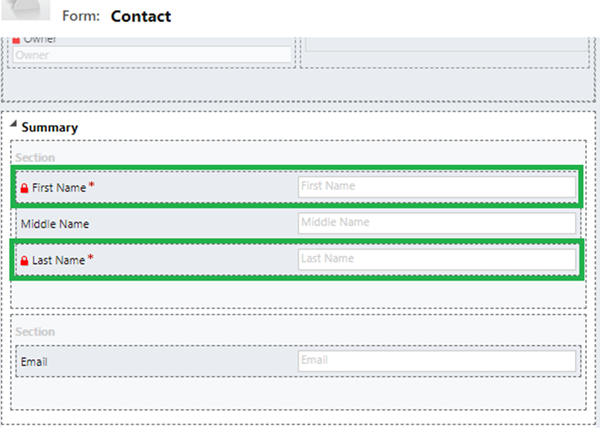 The first thing to check would be if the fields being merged contain data. With the merge functionality, only fields with data will be shown. The screenshot below shows that ‘Ron Primary’ doesn’t have a middle name and in this example, we can assume that ‘Ron Secondary’ doesn’t either. If we populate that field in either of the records it will show in the merge window.

Also note that the ‘Email’ field isn’t visible. In this example the Email field itself is actually set as visible, but the Section it is in is hidden. 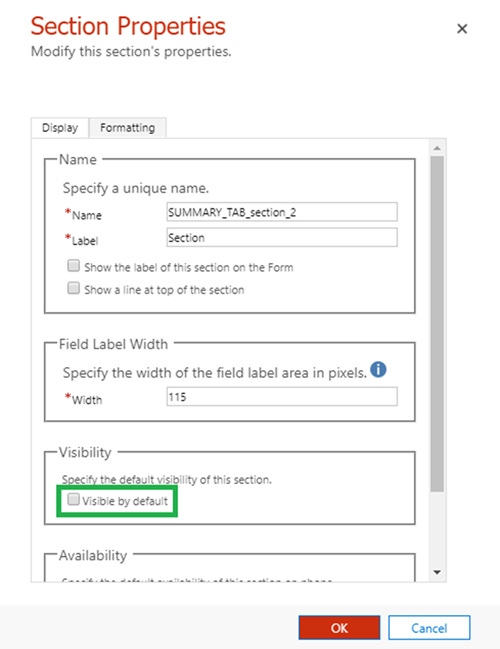 After making the above two changes we can see that all fields are now shown in the merge window. 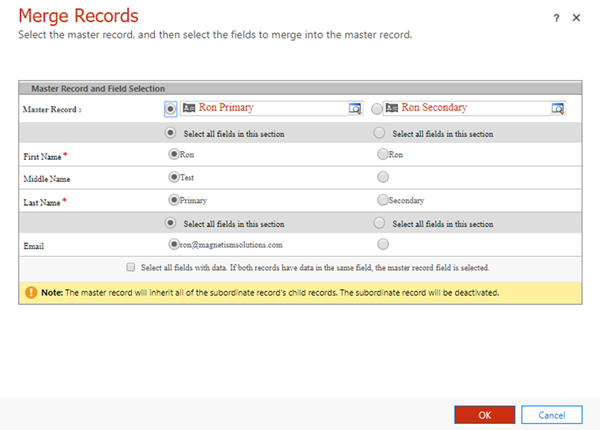