Create New Records from Anywhere in CRM 2013 with Bookmarklet

In Dynamics CRM 2013, and even CRM 2015, finding the entity you’re looking for can be difficult using the Site Map. If you have a lot of entities in your sitemap, or if the entity you need to create isn’t even in the site map, it can be difficult to get to where you need to be to create your record. If you’re like me and working out of several different systems at the same time, it can be hard to remember the correct process to find and create certain entities.

If you want to quickly create a record to test some functionality, you can use this bookmarklet to open the create form for any entity in your system, as long as you know the entity schema name. This is intended for CRM customizers/developers who need to test form changes quickly, and is not recommended for general users. 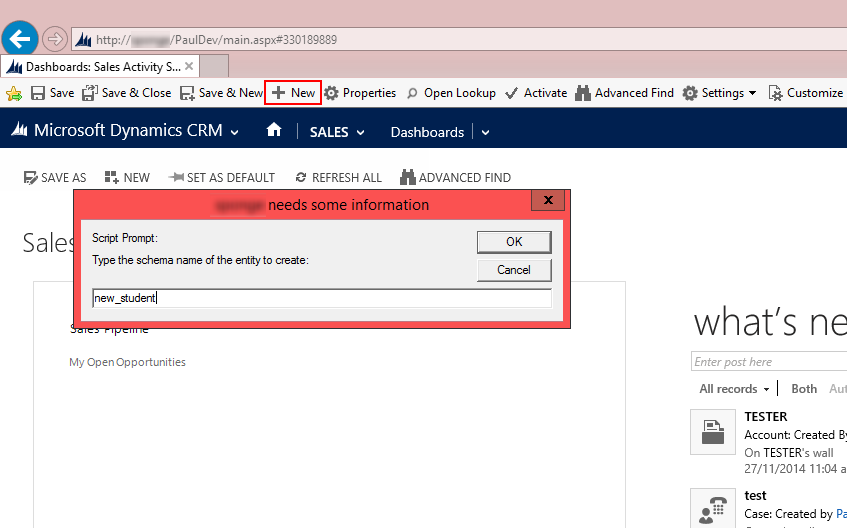 It works by prompting for the entity schema name. If you’re on an entities form/view already it will default to that, otherwise you can specify the schema name, and then press enter. Provided the entity exists, the create form for that entity will be opened, saving you having to find it in the navigation or through other entities. 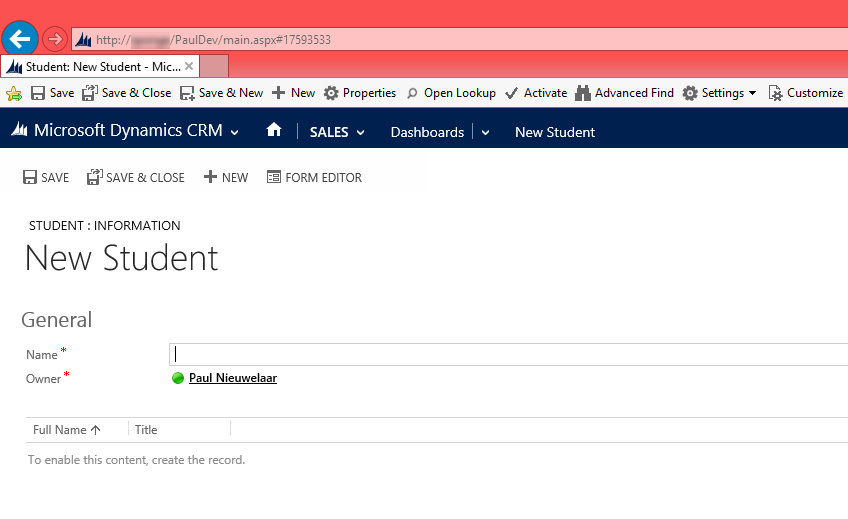